Health Canada Front of Package Labelling – What Does it Mean? 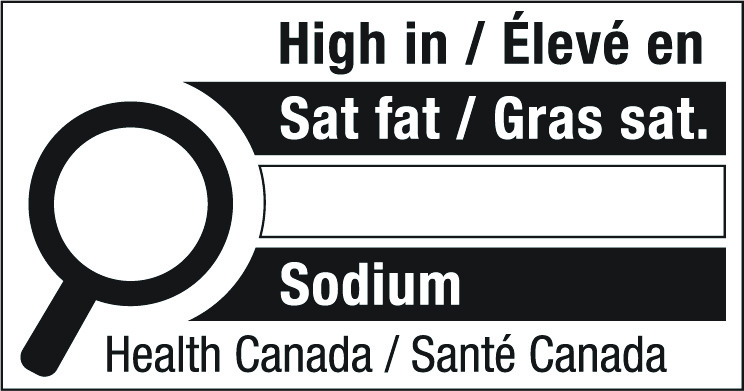 Health Canada released new front-of-package nutrition labelling regulations, requiring companies to include a symbol on food packaging indicating if it is high in sugar, salt, or saturated fat. We’re breaking down everything you need to know about this symbol before it hits stores. 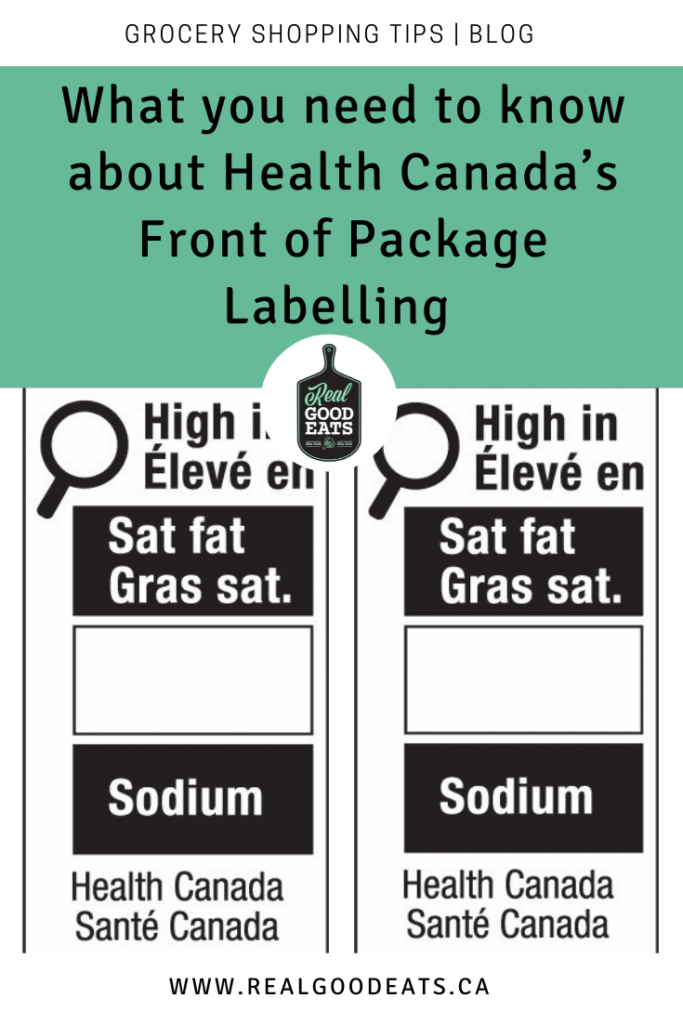 What is Health Canada’s New front of Package labelling?

The symbol is simple to read and includes a magnifying glass designed to catch the attention of consumers. The size of the symbol will depend on the size of the food package but is meant to be easily visible. The symbol will be positioned on the upper half, and/or right side of packages. The food industry has until January 1, 2026 to add this symbol to any product that meets the criteria, but you may see these symbols start to roll out in the grocery store any time before then. 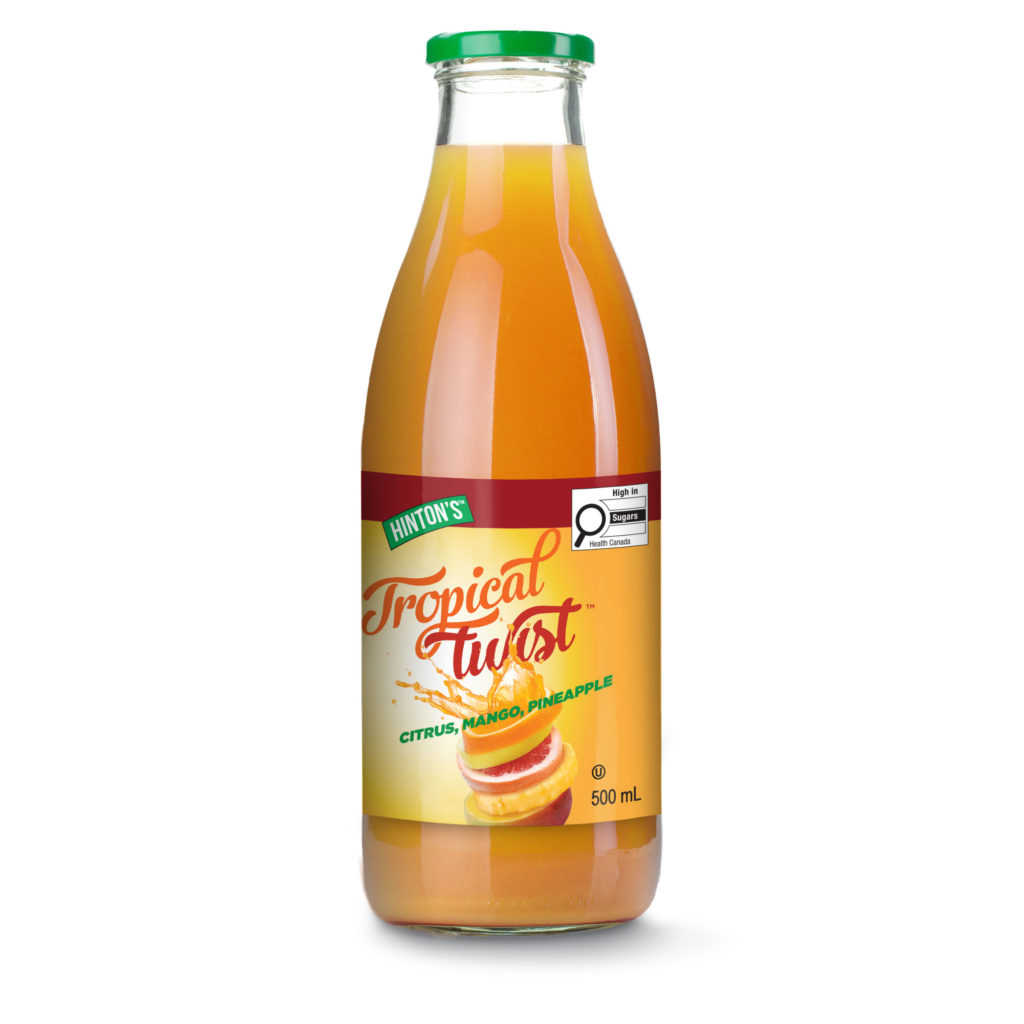 The overall goal of Health Canada’s new Front of Package (FOP) Labelling regulations is to help Canadians make healthier food choices and reduce their risk of diet-related chronic disease. Salt, sugar, and saturated fat are the focus of the new regulations due to the link between these nutrients and diseases such as type 2 diabetes, heart disease, and obesity.

According to Health Canada, FOP labelling has been successful in other countries and is widely recognized in the scientific community as an effective tool to impact food choices and counteract rates of diet-related chronic disease.

What are the guidelines for Health Canada’s Front of Package Labelling regulations?

Health Canada’s FOP labelling will use percent daily value (% DV) to determine if a food product is high in sugar, salt, and saturated fat. %DV is listed as a column on the right side of the nutrition facts table that serves as a simple tool for consumers to compare products. 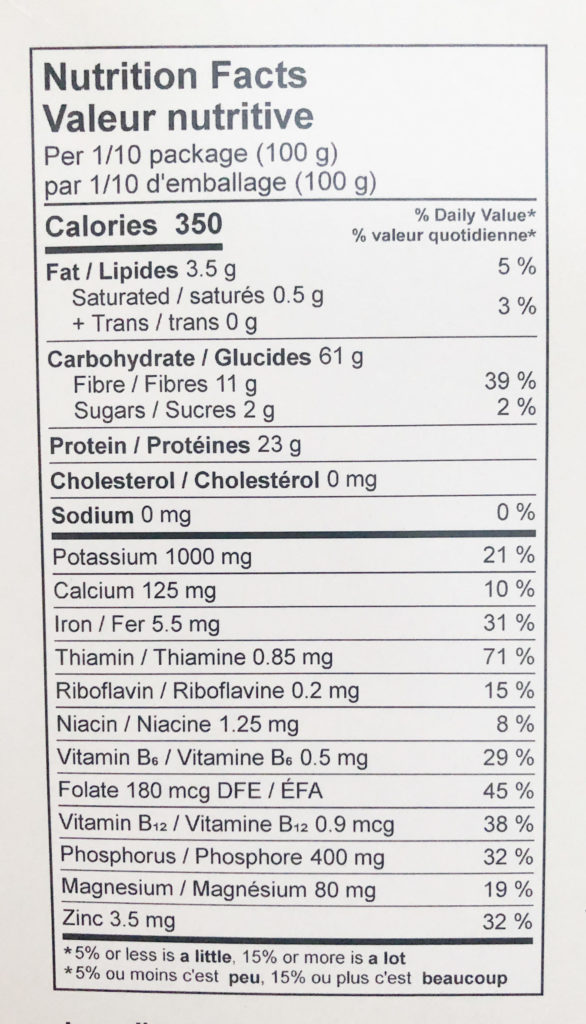 %DV uses the principle that 5% DV or less is “a little” and 15% or more is “a lot” of a nutrient. For example, rather than consumers needing to know whether 0.5g of saturated fat per serving is a lot or a little, they can reference the %DV to determine if the product is high in saturated fat. In the nutrition facts table shown above, this translates to 3% DV for saturated fat, which is a little. 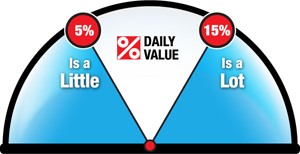 The %DV for products targeted to adults (or anyone over the age of one) is based on 100g for sugar, 20g for saturated fat (saturated and trans fats combined), and 2300mg for sodium. 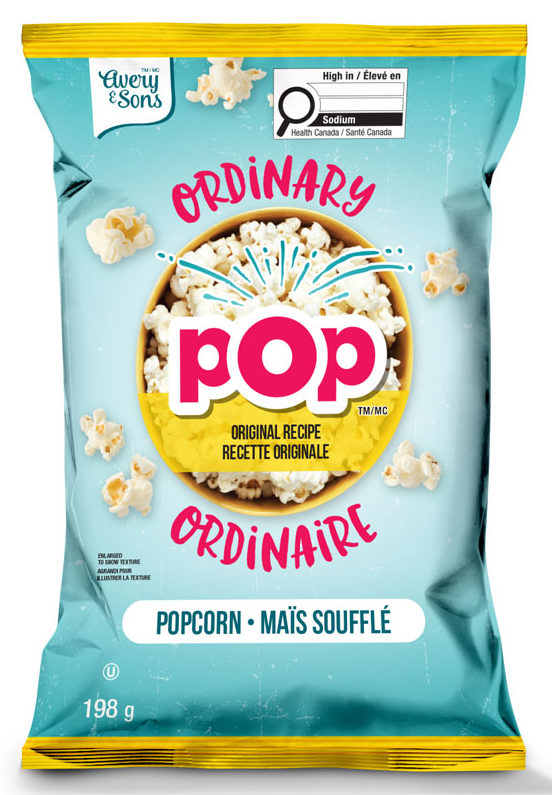 The following foods are exempt from Health Canada’s FOP symbol:

Is Health Canada’s Front of Package labelling helpful for consumers?

Health Canada’s FOP regulations mean more information for consumers. Any steps to create more transparency in the food industry will ultimately allow Canadians to make informed choices which is a huge win. We know shoppers are short on time, and not everyone takes the time to read the nutrition facts table or ingredients list. Clear front-of-package symbols like this provide an easy-to-use tool that everyone can understand without needing additional time to review the full nutrition facts table.

FOP nutrition symbols have been used successfully in other countries for years. Chile implemented FOP symbols for products high in sugar, saturated fat, sodium, and calories in 2016. Since then, the purchase of “high in” products has reduced by 12%. Ecuador also implemented FOP labelling in 2014 using a traffic light system to demonstrate a high, medium, and low amount of sugar, fat, and salt. Participants in a 2016 qualitative study of the efficacy of the Equador FOP labelling reported reduced use of “high in” products and generally recognizing products with the warning symbol as less healthy.

In addition, these new labelling guidelines may encourage food companies to reformulate their products to be lower in sugar, saturated fat, and sodium. This could ultimately lead to a healthier food environment for Canadians.

As mentioned above, the newly announced FOP symbol will highlight if a product is high in saturated fat, sugar, and/or salt. But packaged food products are more than one single nutrient. They are a variety of ingredients and nutrients that are consumed together, and focusing on one single nutrient doesn’t give a clear picture of the entire food product. These single-nutrient symbols may cause individuals to lose sight of other potential health benefits of a product beyond the sugar, saturated fat, or salt content.

We also know from previously implemented FOP symbols that sometimes they miss the mark. For example, the Heart and Stroke Foundation’s Health Check symbol which ran from 1999 to 2014 received criticism for allowing food products high in sugar and salt to have a health check. Having single-ingredient criteria makes this less likely to occur, but this may still become the case as the new Health Canada FOB symbol starts to roll out.

For example, should a protein bar that’s high in saturated fat due to shredded coconut have the same warning symbol as bacon? Should a snack bar that’s made from dates and nuts contain a high sugar symbol when dates sold alone don’t require one? Should a plant-based burger created to mimic the nutrition profile of beef require a saturated fat symbol if its beef counterpart does not? Should dairy-free yogurt and cheese also be exempt from saturated fat and sodium rules? This symbol may create more confusion if the criteria aren’t hitting the mark in the case of every product.

What are your thoughts on Health Canada’s new Front of PAckage Labelling regulations? Let us know in the comments below!

Welcome! We’re on a mission to make healthy eating easier from the grocery store to your dinner table.

Be sure to follow here for the latest tips & recipes👇!!!